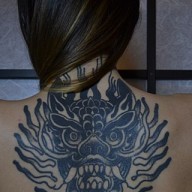 The European legislative procedure to restrict substances in tattoo inks and permanent make-up was triggered by some Member States (Austria and Denmark) which notified draft regulations for this kind of product in the year 2013. They were based on a Resolution of the Council of Europe such as regulatory provisions in other Member States which had implemented such restrictions earlier.

In the following the discussions were shifted to the European level and resulted finally in a request by the EU Commission to the European Chemicals Agency (ECHA) to prepare REACH restriction proposal in December 2015. The REACH restriction was finally adopted in December 2020. It constitutes an improvement compared to the proposal but is still not fully satisfactory. Also the overall duration of the whole process of around 7 years is definitely not a shining example of efficient consumer protection in the EU.

A study commissioned by the Consumer Council contained a number of proposals to regulate chemicals in this product group. It formed the basis of a position paper of the European consumer organisation ANEC which challenged the restriction proposal by ECHA.

A study commissioned by the Consumer Council on tattoo inks and permanent make-ups was finalised in April 2018. It includes a proposal for regulatory …

Study “Screening of preservatives in tattoos and liquid toys”

A new study of the Consumer Council lists preservatives identified in tattoo colours or liquid toy materials (such as finger paints or soap bubbles). …