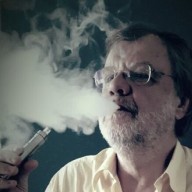 Risks associated with the consumption of e-cigarettes are unclear and are subject to controversy. The Consumer Council has commissioned several studies concerning chemical substances in liquids and vapours of e-cigarettes. The aim was to take stock of the substances identified in scientific literature including reported concentrations as well as of all existing relevant (deficient) regulatory and voluntary provisions. Provisional limits were proposed for a selection of identified pollutants but may need further scrutiny and refinement.

On that basis ANEC published a position paper entitled "E-cigarettes and e-liquids - Limits for chemicals - Basis for discussion" in July 2019. A further study of the Consumer Council which included more recent types of e-cigarettes (higher puff columes) suggest that the originally proposed limits should be reduced by a factor of 3. Cosumer organsations hope that at least the most problematic substances will be restricted soon.

Another study on fragrances in e-liquids

The fifth study commissioned by the Consumer Council on e-cigarettes looked at various aspects of flavouring substances. Among other it was …

ANEC published a position paper entitled "E-cigarettes and e-liquids - Limits for chemicals - Basis for discussion" in July 2019. This paper was …

In addition to the two reports published last year two further studies were conducted on this subject in 2018. The first one deals with flavouring …

Two new studies of the Consumer Council are concerned with chemical substances in liquids for and vapours of e-cigarettes. The goal of the studies …