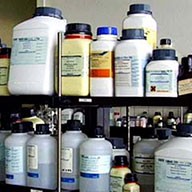 EU regulations for chemicals in products of daily use are — where they exist — patchy and hardly systematic. An all-embracing and consistent overall concept is missing. For many articles of daily life including products for children (with the exception of toys) not even basic rules exist (apart from a few substance restrictions in the European chemicals legislation REACH). The Consumer Council has commissioned several studies for several product areas in this respect. They analyse not only the shortcomings of current legislation but provide also options to close the regulatory gaps.

Several conferences were organised jointly with partners on the subject in Brussels (October 2011, October 2013, March 2015). Unfortunately the call for a product-oriented chemicals policy was not heard so far.

The Consumer Council also had a leading role in the development of a CEN Guide for addressing chemicals in standards for consumer-relevant articles (CEN Guide 16) which was published in 2017. The Guide and the associated background information (about 200 pages in total) are probably the most comprehensive documentation concerning chemicals in articles which exists at present (though it is no longer up-to-date).

The Consumer Council commissioned a series of studies to critically review the current European legislative framework for chemicals in (consumer) products and to develop proposals to overcome the identified shortcomings. Please note that this section does not deal with products and related studies covered in separate parts of the chemical hazards section (articles for children, e-cigarettes and tattoo inks).

These studies formed the basis of several position papers written for the European consumer organisation ANEC. For instance, a paper entitled "Hazardous chemicals in products - The need for enhanced EU regulations" was published in June 2014 (following two earlier papers on the same subject). It was concluded that:

"The present specific European regulatory provisions for chemicals in (consumer)products, particularly in articles, are insufficient. They are either:

- inadequate because of serious restrictions - as in case of food contact materials where only plastics materials are comprehensively regulated; or missing clear limits (medical devices) or lack of a high level of protection (toys), or

The paper called for a systematic approach to address chemicals in products relevant for consumers and identified some priority areas for implementation or strengthening of existing legislation: materials in contact with food (non-plastic materials), materials in contact with drinking water, products releasing emissions to the indoor air, clothing and other consumer textiles, toys, child care articles, packaging and tattoo inks. The document put forward numerous proposals for rules in this regard. Whilst in some areas some action has already been taken (e.g. the revised Drinking Water Directive foresees that harmonised provisions for the used materials are developed over the next few years, a restriction for substances in tattoo inks was adopted under REACH) most of the demands in the ANEC paper have not been fulfilled yet. Hence, a reasonable chemicals strategy would start with the identification of gaps and failings in the present regulatory frameworks for products followed by an identification of product areas where further regulatory measures need to be taken. Lastly, complete sets of chemical rules, including test protocols, for the product areas in question need to be established. It may be useful to set up a framework legislation for chemicals in all products not yet covered elsewhere, with the possibility to adopt implementing measures used for specific products.

REACH is an inadequate instrument to adequately address chemicals in (consumer) products in a comprehensive manner due to inherent limitations of the legislation: long procedures; (mostly) a resource intensive substance-by-substance approach; no possibility to adapt the legislation rapidly; an approval system and establishment of positive lists of permitted substances is not possible; the lack of a product specific perspective and the disregard of product-specific technological needs and, most importantly the patchwork approach does not lead to a complete set of rules for specific products. It should also be noted that REACH cannot address issues not directly associated with toxicity (e.g. limiting release of chemicals through requirements on colour fastness, or preventing the washing-out of flame retardants).

The Head of Office of the Consumer Council (Franz Fiala) has drafted several other ANEC position papers in this area, for example, the "ANEC Position paper on the Proposal for a revised Drinking Water Directive (DWD)", published in April 2018 (which contributed to the incorporation of rules in the Directive for materials used in the water supply) or the "ANEC reflections on the basic directions for the future development of the EU legislative framework on Food Contact Material (FCM)", published in December 2020. Commission proposals in this area are expected by the end of 2022.

Conferences on chemicals in consumer products in Brussels

Three conferences were organised together with European consumer organisations.

The first conference "How to eliminate hazardous chemicals from consumer articles" was held on 5th October 2011. Programme presentations and pictures can be found here.

The second conference "Hazardous chemicals in products - The need for enhanced EU regulations” was held on 29th October 2013. Programme, presentations and videos can be found here and pictures can be found here.

The third conference was a Roundtable hosted by MEP Christel Schaldemose "Less hazardous chemicals in our products - For a non-toxic Europe" on 3rd March 2015. Programme and presentations can be downloaded in the "Downloads News" section below (EP-Roundtable - 0X).

In March 2010, CEN adopted a guidance document entitled “CEN approach on addressing environmental issues in product and service standards”. The key objective of this approach was to establish a general framework to promote and ensure better inclusion of environmental aspects in European Standards (a revised version of this document was published in February 2021).

Subsequently, it was decided to complement the generic CEN approach by more specific guidance on chemicals. A project was initiated with the aim to address chemicals in standards for consumer-relevant products (more precisely articles as defined in the EU regulation on chemicals - REACH). CEN’s Strategic Advisory Body on Environment (CEN/SABE) approved the project proposal in March 2013 and financial support was granted by the European Commission in December 2014.

A final report was delivered in June 2017. It included among other the guidance document later published as CEN Guide 16 and an associated Background information as well as an outline of an implementation strategy. There were some further discussions on actions to be taken but the only outcome was a webinar - an introductory video produced in 2019. Unfortunately the interest of CEN was rather limited and so several proposals - even approved ones - were not implemented. Nevertheless the two documents (about 200 pages in total) are probably the most comprehensive existing source of information addressing policies, regulations and voluntary instruments concerning chemicals in a wide range of articles (though it is no longer up-to-date).

Round table on chemicals in products

Study "Chemical requirements for other articles – a screening"

Chemicals in articles not yet covered by any of the previous studies of the Consumer Council are subject of this screening study. In particular, …

A further study of the Consumer Council on the subject of “chemicals in consumer products” was finalized in December 2012. Whilst the first two parts …

Conference “How to eliminate hazardous chemicals from consumer articles”

ANEC, ASI Consumer Council and BEUC organise a conference in Brussels entitled "How to eliminate hazardous chemicals from consumer articles". The …

A new research work of the Consumer Council looks into the issue of chemicals in consumer products in a horizontal manner, identifies shortcomings of …